Looking at life through a funhouse mirror 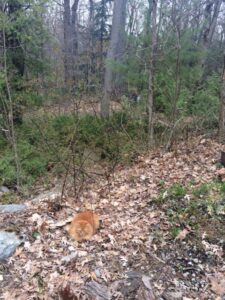 The first thing my new eReader wants me to do is sign on to Wi-Fi so it can configure itself. Lest you think I am being dragged kicking and screaming into the twenty-first century, this is actually my third eReader. The first one lost its mind after being locked in a briefcase in a closet for two years (and honestly, I cannot blame it for reacting appropriately to solitary confinement in the dark for 730 days), and the second one went AWOL when I was on a road trip (maybe it’s also stuck in a closet somewhere,) Anyhow, I like having an eReader because I can carry a whole bunch of books around to avoid the perils of being caught with nothing to read so I gave up on waiting for eReader #2 to show up and got a new one. However, today’s topic is not about problems with eReaders, although it could be because truth be told, eReaders are not all sweetness and light even if they are nicely backlit and can hold a charge for a week. Today’s topic is Wi-Fi or lack thereof.

My new computer also has a codependence with Wi-Fi but a bit of a more serious one. My new computer worships at the altar of the cloud. That’s because my new computer lives in a Utopian world where Wi-Fi is always available and always abundant. Unfortunately, this is not a world I inhabit for half the year. It strongly believes that storing files locally is for amateurs. “It looks like you aren’t connected to the internet,” it says helpfully. “You may not be able to access these folders until you go back online.” As well, my computer thinks a core tenet of its mission is to push out updates to operating systems, security patches, random apps, and screen saver photos at least every hour. So, unless I go online in as much stealth mode as I can muster, measured in persistence by the number of offline messages like “We cannot update your software, please connect to the Internet,” my data consumption racks up megabytes like the litre gauge when an Escalade tanks up.

No less than the Government of Canada admits that internet access is sorely lacking unless you live in the part of the country that hugs the shores of the Lake Erie, Lake Ontario and the St. Lawrence River or inexplicably, anywhere in Alberta. Data collected by the CRTC shows that while 97% of Canadians have access to Long-Term Evolution (LTE) mobile wireless where they live, the truth is they often don’t have access to LTE mobile wireless along highways and in remote areas. A recent government report goes on to say that “while most Canadian communities do have Internet coverage, in many rural communities the available speeds are so low that they only allow for a limited number of uses.” Limited uses that don’t even include finding the nearest Tim Hortons or uploading the photo you just took of the moose at the side of the road, capabilities the Government of Canada would surely agree are an essential Canadian right. That’s because LTE is no substitute for broadband. Forget about speed and capacity, the biggest issue with relying on LTE is the cost. Cellphone providers charge whatever they want for data, and what they appear to want is direct access to my bank account to siphon off funds at will.

So actually, let me correct my previous statement. I do have available and abundant access to Wi-Fi from my island acreage on the lake via my cellphone. I just don’t have access to the available and abundant financial resources that would allow me to do more than check my email twice a day and drop in on the daily news. Although, that might be a feature not a bug. The news will unfold with or without me. I do not need to pay to consume Donald Trump’s most recent moronic Tweet. And if I am too late to respond to that important email from Nigeria, someone else can keep the $3 million dollars. Namaste.

The Book is Available Now! Click on the image.